Why its not always best to use someone recommended by a friend for roof repairs!
Just replaced a lead back gutter supposedly done by a professional roofer the back gutter had been laid with two pieces of lead the overlap joint being sealed with silicone, the rear edge had the eave felt going behind the small lead upstand which when tiled back in only had 25mm headlap in all a totally useless job. 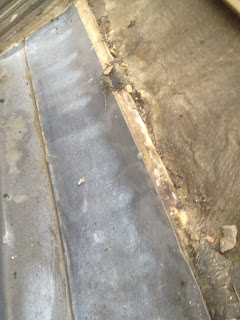 The price had not been any cheaper than qualified roofer would have charged and now their is work to be done redecorating the room below.
At the same time the owner had a chimney on the other side of the roof taken down below roof level
this was left uncapped with a vent being placed in the old fireplace, this resulted in all the warm air from the room going up the old stack and condensing on the roof underlay causing more damp problems. 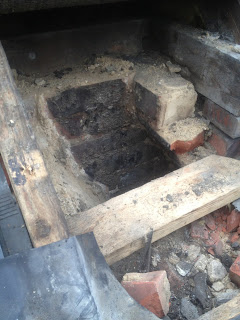 The owner has now had to pay to have all this work done again correctly. 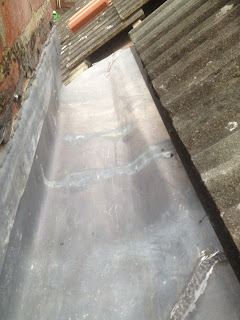 Avoid Getting Bad Roofers In The First Place - Check Roofers Reviews On Checkatrade - Find Local Roofers Where You Can Give Roofers Reviews
Check roofers reviews on past roofing jobs.  Use  Checkatrade Website to get free quotes from local roofers. Likewise, you can reward good roofers by giving them good roofers reviews and consequently good roofers should get more work from roofing quotes they give for jobs based on the fact that they are recommended roofers.